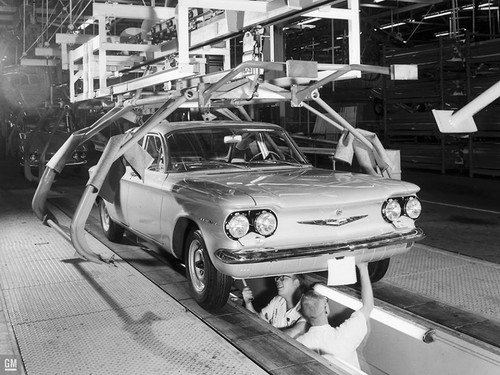 This photo was taken in July, 1959 at GM's Willow Run Assembly Plant as production for Chevrolet's new 1960 Corvair was ramping up. This nearly completed Corvair was approaching the end of the assembly line. The headlight bezels would have been installed a little further down the line after the headlights were aimed. Does anyone know what the team in the pit was installing or adjusting?