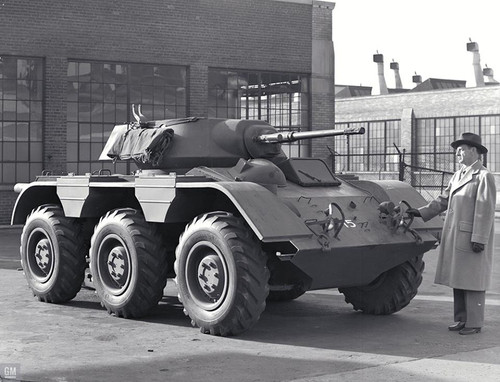 GM has developed many concept vehicles for the US Army over the years. In the Fall of 1944, Chevy rolled out this T-28 Armored Car prototype for a review. It was designated as the M38 after it was selected for production. M38 production was later cancelled as there was no apparent need for a new armored car as WWII was coming to an end.