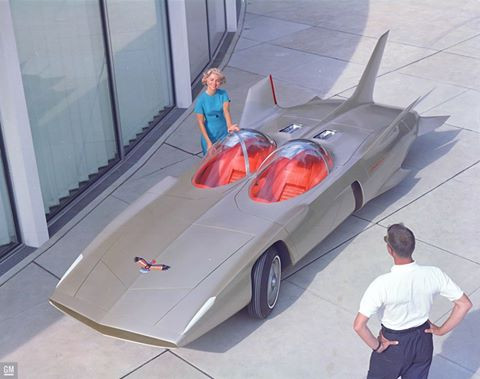 The gas-turbine powered Firebird III was the most sophisticated concept car ever built when it debuted in GM's 1959 Motorama show. In addition to its turbine powertrain, Firebird III was the first drive-by-wire vehicle that could also be used on an automated highway. Note that there is no steering wheel or pedals because it was operated completely through a center mounted control stalk. It is also amazing to note that Firebird III's, first of its type computer system, functioned perfectly when Firebird III was restored to fully operational status 40 years later.