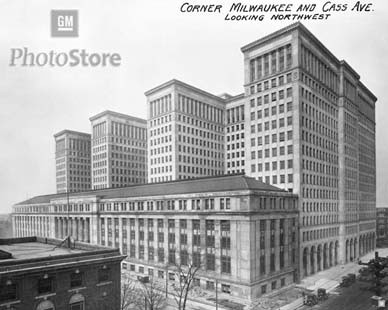 William Crapo Durant, founder of General Motors, inspired the original name for the massive headquarters building constructed on West Grand Boulevard in Detroit. In this view, the Research Laboratory Annex is visible. Although renamed the General Motors Building upon its completion, ornamental letter 'D' embellishments can still be seen on its facade. This image was shot on April 14, 1921. Official GM Photograph from the General Motors Media Archives.