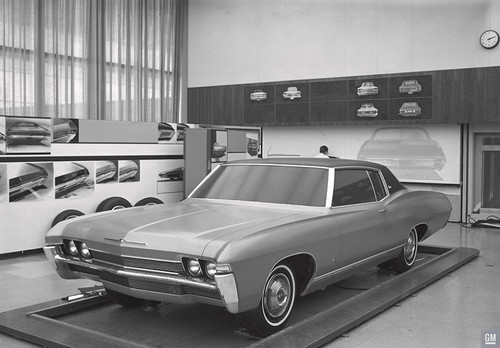 Here's a look back at Chevrolet's Design Studio in January, 1966. The studio team is working with Chevrolet and Fisher Body Engineering to complete the development of Chevy's upcoming '68 Impala Coupe. It appears that the overall design theme has been established, but the studio will be making some major changes to the front end design before the Impala is released for production.