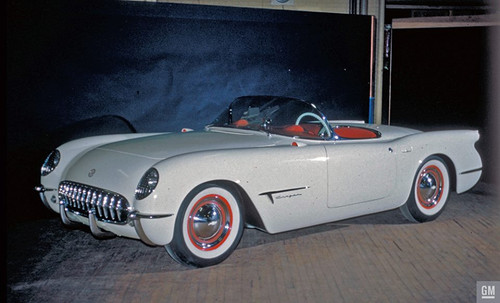 This GM Styling photo of the just completed Chevrolet "COUGAR" Motorama show car was taken on January 10, 1953. The Cougar name is clearly visible below the chrome accent bar. The Motorama was scheduled to open at New York's Waldorf Astoria Hotel on January 17th, 1953. An internal Chevrolet memo from mid-December 1952 shows that Chevrolet management had decided to change the name Cougar to Corvette. Obviously, Harley Earl did not agree and had the Fabrication Department at Styling build the car with the Cougar badging. There must have been some interesting discussions in New York when the new Cougar arrived at the Motorama.