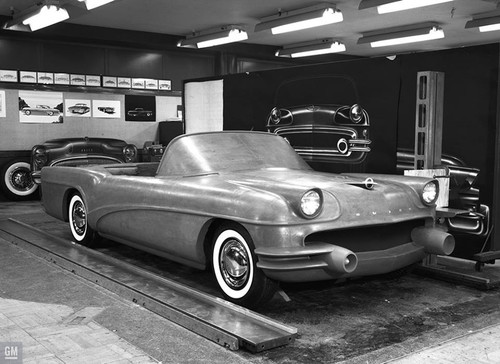 In early October of 1954, Buick Studio was finally ready to release the Wildcat III concept car to the fabrication shops. Wildcat III was first shown to the public as part of the 1955 Motorama that opened in late January. Yes, it was possible to build a concept car that quickly if one had the enormous resources of GM Styling.