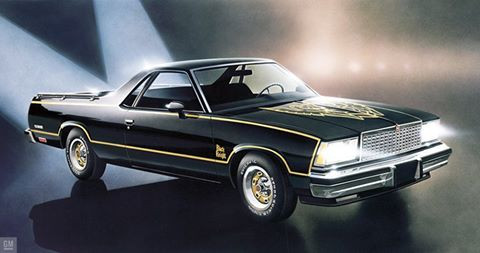 In 1978, Chevy produced El Caminos with a Black Knight option package (Z16). Only 1200 examples were built before production was halted due to a dispute over the use of the name Black Knight. Chevy re-introduced the package in '79 as the Royal Knight.