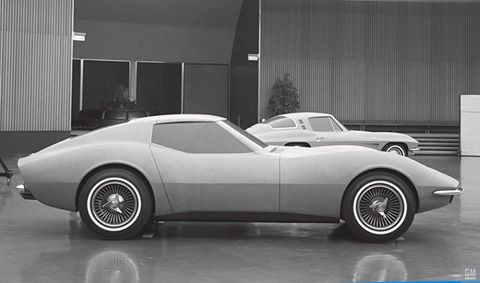 In mid-1963, GM Design's Bill Mitchell with support from Chevy management, launched the XP-807 program that was aimed at developing an all-new Corvette for 1967. Never shown outside GM, XP-807 featured many new ideas including a reinforced fiberglass chassis and a lift-off roof panel. The all-new '67 program would have been very different from the major-facelift of the StingRay that ultimately went into production.