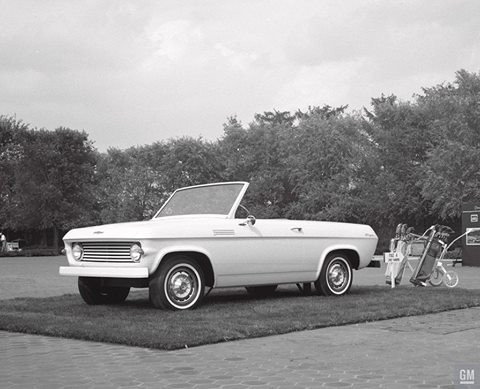 Early in August, 1962 the Chevy Studio team took the removable top version of a new compact truck concept outside for a review. Code named "Blazer", the XP-748 program had three body styles. It would be more than 20 years before a similar Chevy compact Blazer would enter the market.