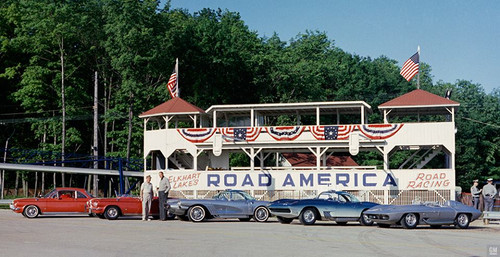 GM Design's Bill Mitchell was joined by his old boss and former mentor Harley Earl at the Road America races in June, 1961. Mitchell brought along some of the concept cars that they had worked on together. There are very few photos of Earl and Mitchell together after Mr. Earl's retirement.