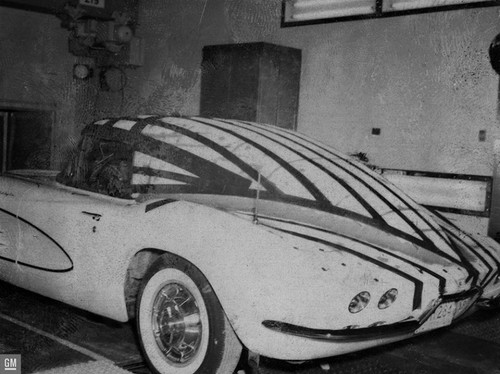 In early 1961, Chevrolet was testing the fastback design for the upcoming Sting Ray Corvette. This snapshot shows a styrofoam mockup of a fastback shape that had been attached to a production '61 Corvette. Since this testing took place many years before GM built its' own wind tunnel, the Corvette team must have bought time in one of the existing tunnels or tested the shape outside at GM's Milford Proving Grounds.