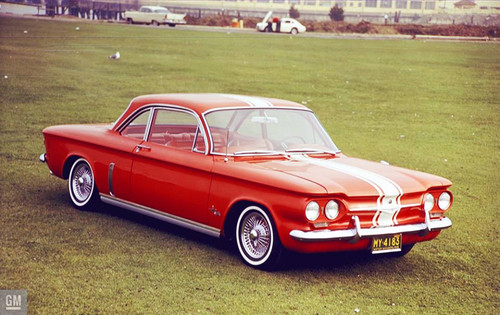 Lets get 2018 off to a good start by finding out what happened to Bill Mitchell's 1960 Chevrolet Corvair Sebring Spyder. This Corvair was built in the Design Fabrication Department around the same time as the 2 passenger Sebring Spyder convertible (XP-737) and his "Super Monza Coupe". The GM Archive indicates that it was shown in public only once. That one show was when Mitchell and Harley Earl took the car to the Road America track in June, 1961. It may have appeared other times, but there are not records on that. It's very likely sitting in someone's garage. All we have to do is find it.