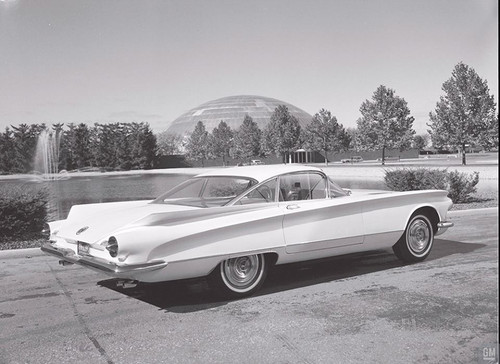 Buick's XP-75 was a program aimed at creating a two passenger luxury car. Skylark III as it was known at the Design Center, began in 1957 based on the styling theme of the '59 Buick's. This was a serious program. Two complete running prototypes were built at the Pininfarina shops in Italy. Notice the subtle differences between the two versions. The white version was dismantled in the mid-1960s. The version painted silver was transferred to Buick and remained on Buick's vehicle roster until at least 1967. There is no record of what happened to it after that.