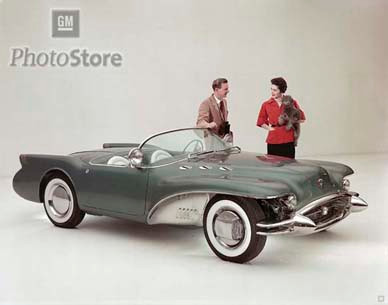 The 1954 Buick Wildcat II concept car had a front fender that flared straight out from the body, exposing the entire front wheel well and part of the front-end suspension (which was chrome plated). This Wildcat concept car featured Buick’s traditional portholes, but these were larger and placed on the top of the fender instead of the sides. Official GM Photograph from the General Motors Media Archives.