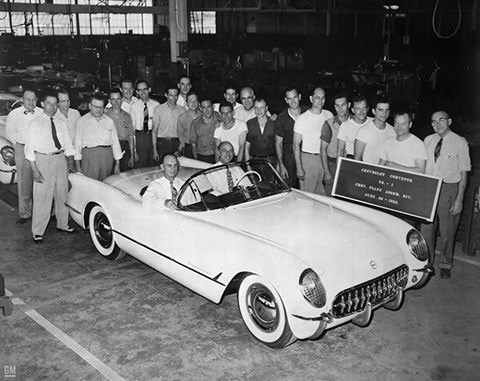 This is Corvette No.1 which rolled (probably pushed) off the small assembly line in Flint, Michigan on June 30, 1953. Since the Motorama Corvette concept car was shown to the public for the first time in January of '53, we know that the Corvette received extraordinary management support in order to begin assembly so soon after its public introduction. The group standing behind the Corvette was part of the team that built the 300 1953 Corvettes. Notice that the announcement board shows that the location is Chevrolet Flint Assembly Division.