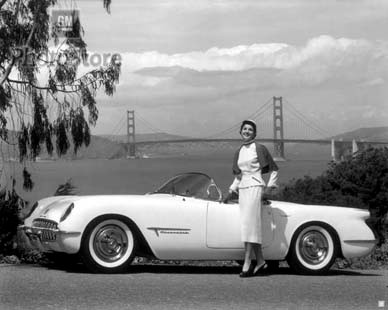 In 1953, Chevrolet introduced the Corvette concept car, which was the prototype for the first American sports car and the first fiberglass-bodied production car in America. This American icon was one of the few Motorama dream cars to go into production with styling virtually unchanged. This 1953 Chevrolet Corvette Roadster pre-production vehicle was on display at the 1953 Motorama at the Waldorf Astoria Hotel in New York City. The Motoramas of the 1950s were showcases of technical and styling innovations that toured several large cities. Visitors were given a glimpse of future automobiles, and were entertained by orchestras and dance performances. Official GM Photograph from the General Motors Media Archives.