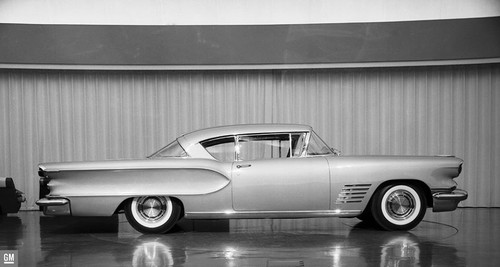 Here is an clear example about how fast changes were being made in the auto industry in the late 1950s. Pontiac Studio had their fiberglass model for the '58 Pontiacs photographed in late December of 1956. The Studio probably thought the program was pretty much wrapped up at that point. When compared to the production '58 Super Chief, it's clear that everyone involved had to be put in a lot of OT in order all of the changes released in time for start of production.