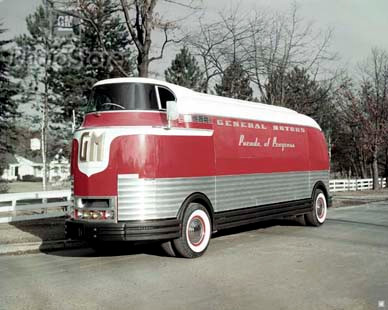 General Motors constructed twelve Futurliners to tour North America, presenting the Parade of Progress to millions of visitors who enjoyed demonstrations of cutting-edge science and technology.