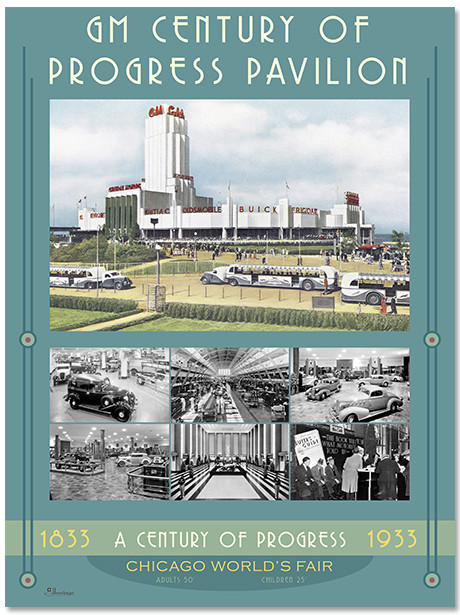 This 18" x 24" art poster was created in the art deco style of the period and features actual photographs and images from the Fair from the GM Media Archives. It is printed on photo matte paper using the latest giclee printing techniques and is the perfect size for framing. With the look and feel of an original poster from the 1930's, it will be a great addition to your collection. Limited Edition of 250.